A Series of Ramadan Iftar With Friends

The human experience isn’t complete without a community – your community.

The more I go through life, the more I realise how crucial having people around you is to your well-being.

The times when I was depressed, I didn’t go out or meet people much. I stayed in.

But I decided that enough was enough and I changed my life around.

I put myself out there.

When before I could count my good friends with my ten fingers, now I need extra fingers and toes to count them.

I don’t always meet all of them every single day though, as different sets of people hang out at different places, and I’m only a human with one body.

But when we do meet, it’s always a good time.

In the final two weeks of Ramadan, I had the pleasure of breaking the fast / iftar / buka puasa with 4 groups of friends in 4 different nights.

The first of those nights was with my dance friends.

We went to the bazaar, which was the first (and last) bazaar I went to in Ramadan this year.

We bought our food and they all came to my apartment in which I live with Eli and Suba.

Altogether it was the 8 of us in the apartment.

It was a pretty chill iftar. We devoured the food while watching Guardians of the Galaxy 2, and after that a series of dance videos on YouTube. 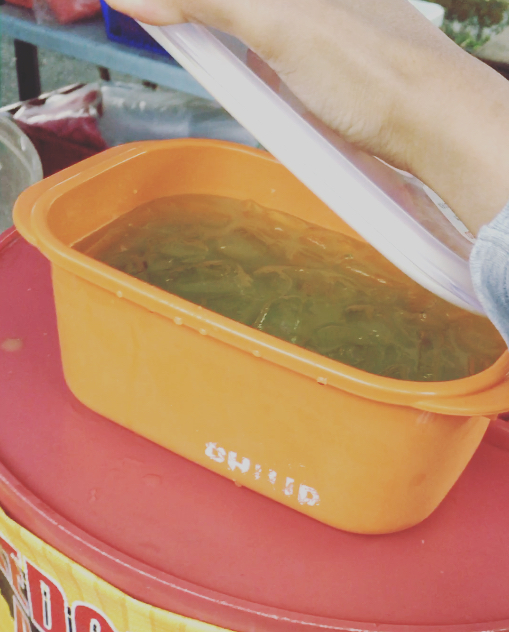 When we were finally done eating, we played Cards Against Humanity, which I’m proud to say that I won. I’m proud because it meant that I could quickly discern people’s psychology.

Of Vegan Paella and Meaningful Chats

The next iftar night was with my dear friends Yin and Az a.k.a. Raw Chef Yin & Mr Jazz Guitarist.

We had planned to catch up for some time and since it was a public holiday, I decided to spend my time with them.

And it was such a good time!

They are one of those people who not only ones I look up to but also ones with whom I could connect easily.

Yin cooked a gorgeous pan of vegan paella for us. It had been a while since I’ve eaten paella so I was very happy.

What’s more, she made us chocolate!!

Suffice to say I devoured a lot of those without much guilt or shame.

On 25th May, Klima Action Malaysia (KAMY) organised a gathering to increase awareness on climate change. Since it was Ramadan time, they decided to organise it around iftar time.

People gathered at Dataran Merdeka around 6pm. When Suba and I arrived, we saw a man singing with his guitar amidst a crowd of hundreds. However, only a handful of them was listening.

This was then followed by a couple of speeches, chants, more singing and more chants.

It was probably the chillest rally ever.

At around 7pm, we ended the gathering with a short march across Dataran Merdeka.

With our banners, we proudly chant words about climate change.

I just hope that the people on the field who were readying themselves for a peaceful iftar got our loud message.

There were food trucks in the area so Suba and I went to find food that we could eat. It took us nearly an hour because of the long queues. Then, we rejoined the KAMY organisers on the field and had a lovely iftar.

Suba with our food in containers

The final night of this iftar series was spent with Hakim and Suba. It was a Sunday and coincidentally Dao’s anniversary.

Dao is a cafe that sells tofu-based desserts such as taufu fah and soy shaved ice.

That day they had a RM1 promotion on their taufu fah in conjunction with their first year anniversary.

It was at SS15, quite nearby our apartment, so I messaged our “neighbour” Hakim who’s also a vegan and suggested we iftar together that night.

We first went to Raj’s Banana Leaf to get our main meal in.

Then we went to Dao.

The taufu fah itself was alright, nothing special. It was super sweet, but I guess that’s normal.

Then, we decided to go to Kind Kones in Empire Shopping Gallery which was a 10-minute walk away.

Hakim had never tried the vegan ice creams from Kind Kones so we insisted that he did.

I ordered the Black Forest in a cone (by far it was my favourite flavour among all others), Hakim had banana walnut, and Suba had sticky toffee pudding.

I’ve never tried it before and I had been craving for churros for aaaagesss.

So I bought one cinnamon churro.

Hakim and Suba only had one or two bites each. They were already full.

I mean, I was full too but there’s always room for churros!

I feel so blessed to have such friendships in my life right now.

Little do they realise, their energies have helped me move forward with my goals in life.

I may be an introvert deep down; I still do get tired after meeting people.

But the good memories give me the jumpstart I need each morning.

The feelings which they had given me through their presence do not leave me.

And I carry them everywhere I go, in whatever I do.

My Thoughts On Belonging To No One Place But Nature

Vegan Food You Can Find At Uptown Damansara